Rather than clutter my personal domain, I have a new domain : www.manjulforcaps.com for all CAPS related information for the 2019-2021 election cycle.

It is no secret that I work for the State of California. It is also no secret that I am a union member with the California Association of Professional Scientists (CAPS) Bargaining Unit 10. In the years past, I have been a quiet observer, watching the current team attempt to gain pay equity that they had promised. But over the last 10 years, disappointment with the existing team in actions has been growing. The existing team has been attempting to keep the current status quo and quash the voices of its members, and it has finally taken it’s toll. I threw my name into the hat. The union deserves an ardent and steadfast leader who will not cave into pressure from the Governor’s office. A leader who will take the union of scientific members and bring our goals to fruition.

If you are here to check out my union credentials and why I would make a good president for the union, please head on to the sparsely optioned CAPS micro-site located at

www.manjulbose.com/caps/   or click on the CAPS link above on the header.

I hope you vote for change. Manjul Bose for CAPS president!

ESPN & Time Warner get a room

ESPN3 has been touted as the end all for Soccer fans without access to a TV. Well if you are a Time Warner customer, well no more is that true.

ESPN3 is not providing coverage to Time Warner customers. It sucks cause some of us were watching the world cup from the comfort of our desktop. Now that is gone.

Would ESPN and Time Warner go get a room and resolve this problem and in the mean time let us soccer fans enjoy the worldcup without your childish bickering. 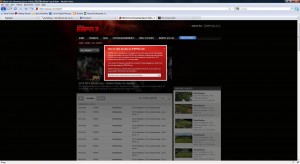 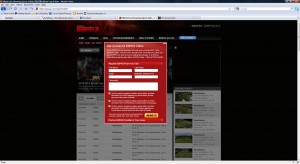 Reminder to all new visitors – I’ll fix the images

June 19, 2010 General Comments Off on Reminder to all new visitors – I’ll fix the images

My blog / website got hacked a while back. I backed up and restored it, but it seems a lot of the images associated with the blog has disappeared. I will restore them soon enough. Sorry about that. – Manjul

Somehow in the last two weeks I got hacked due to a small oversight on my behalf. Thankfully no data was lost and we’re back online once again. Although this time I am using a full on wordpress as the front end to my site. Lets see how this works out.

I’ve forgotten how to deal with PHP code, but I am sure in a few days when I got some free time I’ll be able to customize it to my delight!

First off I am quite aware that on a previous post I had promised to post an LTR and my views on the 2009 Acura TSX. Well turned out I forgot.

However off late I am slowly catching up with all points on my to-do list, so eventually that review will show up. However this blog is more of a rant.

I bought my 2009 Acura TSX in October 2008 with 4 miles on the clock, and currently it has 36500 miles on the clock. I average around 2000 or so odd miles a month.
In the 18 or so months I have owned this car, it has been wonderful except for one HUGE issue. The TSX eats brakes. I have had to replace the rear pads on my TSX twice to date. First at 13600 and then again at 35200. Needless to say I am NOT happy about this. Complaining to Client Services did not get me anywhere. Of course there was a reason, there was a lawsuit being dealt in that time frame. Now that they have lost that suit, hope something will come out of this. Its not the money as much as the whole concept of Acura / Honda reliablity. I have never had a car that wore out its rear brakes faster than the fronts. 70% of your braking power is up front, that does not explain how my rear wore out faster. Further more the wear was uneven, with the inside pads wearing out faster than the outside ones.

I know something was wrong the first time it happened despite the dealers assurances that this is common for all Acura TSX’s, but I did not really subscribe to that theory. After the second set wearing out in similar fashion to the first, I am quite comfortable in saying its a design issue since the 2008 Accords have the same problem. I believe it has to do with the single side floating caliper design on the rear brakes. It seems when you lightly press the brakes, the inside pad touches the disc but fails to bring the outside surface of the disc closer to the pad. Which ends up making the inside pad wear out faster. The other thing is that its possibly rubbing on the disc. In either case this needs to be fixed. I’ve been planning to take my feeler gauges to see if there is a difference between the inside and outside pad distances, but time is something I do not seem to have.

Alright off to bed.

The other night I was driving up the I-710 from Long Beach back to my residence in the valley and I happened to notice something very interesting. Twenty Two (22) 1-800-GET-SLIM/1-800-GET-THIN bill board ads on my drive up the I-710.

Either the I-710 corridor has an inordinate number of overweight obese people, or the company is basing it on the fact that its in an environmental and social justice area and the bill board viewing clients are most likely poor Hispanic residents of Los Angeles County who don’t know any better.

It does seem a bit excessive, since many of the signs are right next to each other. In fact I saw more than one instance where there were more than 2 on either side of the road in the same location. Gone are the days when bill boards had something interesting to inform the passing motorist, today the I-710 corridor seems to inform that you are a fat lazy bastard and you need to get slim by getting the lap band surgery.

I for one don’t condone it for people who are overweight and have failed in every diet to give something like this a chance, but this is Los Angeles folks, the place that started the trend called Size Zero (0). Are we going for the negative numbers now? I think this company is being irresponsible with their ad campaign. I hear their ad’s on the radio, tv and now on two sides of a freeway.  Thank god it is not one of those fancy flashing electronic billboards.

GRE, whats that? They call it “Graduate Records Examination” but in reality its more like relive your High School and SAT all over again. I am preparing for the GRE partly because I am not sure which school I am going to go to. Its a pain in the butt, but it has to be done. Ugh! Perhaps this is more of a rant than a witty blog, but why in this day and age do we have to take an exam to prove our proficiency in mastering the word list when we all know that 95% of those words will never be used in real life nor in our thesis papers. Yet we are forced to know them and use them correctly.

More thoughts, when I think of more.

This year I once again went to the Consumer Electronics Show (CES) in Las Vegas. I took my lovely friend Vanessa as my date for the 3 days I was there. It was SO much fun. I don think she quite well knew what to expect. Needless to say Vanessa went hog wild!

The highlights of the 2010 CES was the fact that 3D TV’s are getting more standardized than what prototypes we saw last year. Still there is a lot of flux. The active/passive camp is going to fight it out for quite a bit. Samsung had some interesting demonstrations and I think their technology will prevail. Still the CEA group is expecting to raise the sales of new plasma/lcd tvs with 3D technology to continue capturing the market in the coming years.

I also was quite fascinated by the new wireless HDMI and wireless power transfer prototypes. I think they are quite fanciful that the bumbling village idiot will call it black magic!

On the Green Technology side, the stuff was just the same load of usual crap. However I was quite excited to see a T-8 LED fixture. I think that is has a lot of potential in the commercial energy conservation arena. I also found Ultralast with their new Green Power batteries (similar to Sanyo’s Enloop) and I look forward to testing them soon.

This years CES did not seem to have a lot of the prior years players. Not sure if the economy had something to do with it or not. Regardless it was a successful trade show and I look forward to following up with my contacts.

I was fortunate enough to be invited to the LA Auto Show Press Day by Mazda USA for their unveiling of the new Mazda 2. It was a lovely unveiling and I had a great time. However I thought I’d write in on my Press Day Experience.

I’ve been a car nut since ummm.. 1988 or so when Jeremy Clarkson came on to Top Gear and said ‘Powwerrr’ all the while doing donuts. I fell in love with Top Gear. I still consider Jeremy Clarkson, Tiff Needles and Quentin Wilson as the dads who taught me how to buy, drive and power slide cars.

Needless to say 20 or odd so years later, I get my first opportunity to go to a Press Day event at the LA Auto Show. It was quite fun. I think its the ONLY way to see an auto show, with no crowds to fight over other than camera geeks and and press geeks. Its still better since we are much more well behaved.

Press day has its fun things. Jaguar had free alcohol and coffee for the press folks and Mercedes allowed people up close and personal look into the new SLS. Too bad the exotics were missing except for Aston Martin which Galpin Motors brought to the show (didnt see them but I heard later on).

Over all it was a wonderful experience. I totally enjoyed it. I look forward to doing it again if I could again next year.